What’s Yours is Mine: Beware of What you Do with Gifts and Inheritances

What’s Yours is Mine: Beware of What you Do with Gifts and Inheritances

When a common-law or married couple separates or divorces, the BC Family Law Act (the “Act”) provides for division of all family property between the spouses.  However, the Act says that inheritances and gifts from third parties are considered to be the “excluded property” of the spouse who received the inheritance or gift, and do not get included as family property; therefore, the other spouse is not entitled to share in it.  This seems to be great news…but that’s not the whole story. There have been two recent BC Court of Appeal decisions where the Court decided that if you put your inheritance or gift into joint names together with your spouse or alternatively, into your spouse’s name alone, this previously excluded property should go back into the “pot” of family property that must be divided. This also means that parents must proceed cautiously when financially assisting their adult children who are in married or common-law relationships.

In V.J.F. v. S.K.W., 2016 BCCA 186, the husband inherited $2 million, which would have been his excluded property in the event of a divorce or separation.  However, shortly after receiving the gift, he used nearly all of the $2 million to purchase a house which he registered solely in his wife’s name on the basis of protecting himself from potential future creditors.  Sometime afterwards, the couple sought to divorce.  In the divorce proceedings, the Court decided that putting the house in his wife’s sole name constituted a $2 million gift from the husband to the wife, and therefore the entire amount was no longer his excluded property. Instead, the $2 million became family property subject to equal division between the spouses.  Notably, the Court also stated that the ‘presumption of advancement’ (defined below) continues to apply in the family law context. In simple terms, the ‘presumption of advancement’ means that if you transfer property to your spouse, this will be considered a gift – that is, unless there is evidence showing this was not your intention at the time of transfer.  The Court states that one way you could protect the exclusion is by requiring your spouse to acknowledge that no gift of the excluded property (or its value) was intended.

Assisting Your Adult Children and the Legal Implications

As a parent, you may be considering helping an adult child and his or her spouse to buy a first home or you may be lending financial assistance for other reasons.  However, you should beware of not properly considering the family law implications in the event your child’s relationship breaks down. Often, such as in the example of Cabezas v. Maxim above, parents have not properly considered or documented their intention at the time of such assistance.  The Court in this case found that it was the intention of the husband’s mother at the time of payment that mattered, and any intentions she formed after the payments were made were irrelevant. A financial gift to your child can lose its excluded status if your child uses it to buy jointly held property with his or her spouse.  This means that in the event of a breakdown of their relationship, half of such gift will likely go to the spouse – a result that you probably don’t intend.  On the other hand, a properly documented loan made to your child under the same circumstances will likely be treated as a family debt that must be repaid by both your child and his or her spouse equally.  With well-considered estate planning, any loan outstanding when you pass away can also be treated as part of that child’s inheritance, allowing you to equalize the inheritance of your other children who did not require the help. The above-discussed Court of Appeal decisions will undoubtedly put many spouses at risk in the event of future separation and divorce if, at any time during their relationship, they have transferred excluded property into joint names or under the other spouse’s name entirely. This is yet another reason why seeking legal advice and having a cohabitation or prenuptial agreement prepared by a lawyer can make a big difference. If you are entering into a common-law or marital relationship, or even if you are already in one, please contact us to determine if you would be well-served by such an agreement.  Alternatively, if you’re a parent thinking about helping your child and his or her spouse to purchase a joint asset, we would be pleased to assist you with the safest approach based on your particular circumstances. 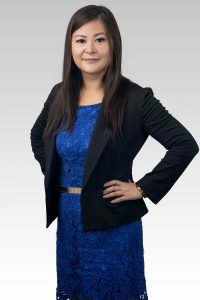 Fanda Wu lawyer in Family and Matrimonial Law and Litigation

For more information on Estate Planning refer to the following resources:

For more information on Family Law issues, refer to the following resources: