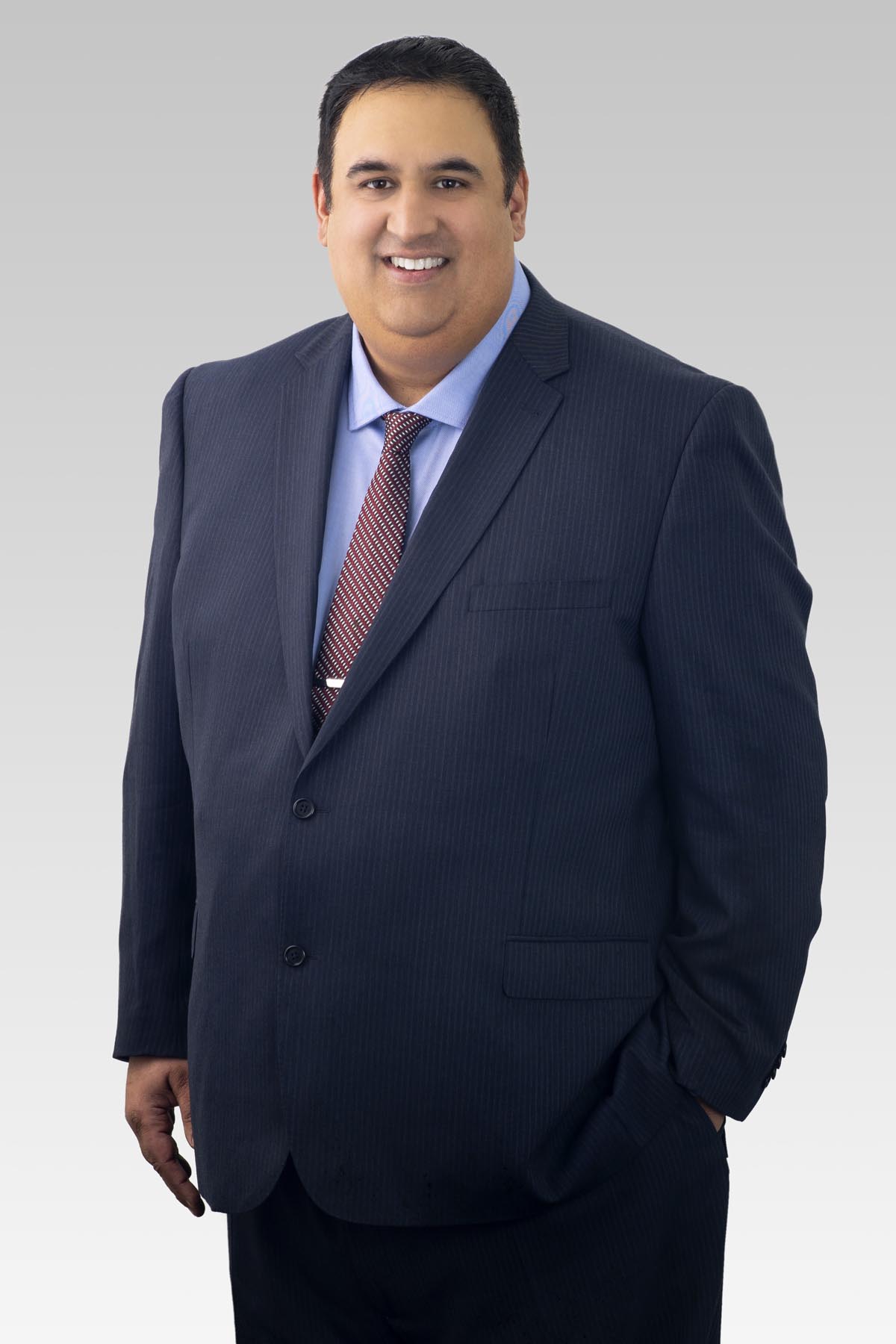 Gaurav joined our Langley office in January 2020 after practicing in Prince George, British Columbia for fifteen years (the last ten years as a Partner) with the law firm of HSJ Lawyers LLP (formerly known as Heather Sadler Jenkins LLP).

Born and raised in Prince George, Gaurav attended the College of New Caledonia before completing his studies at Simon Fraser University (B.B.A., M.B.A.) and at the University of Saskatchewan (J.D.) Gaurav worked as a summer student and completed his Articling year with Hope Heinrich LLP before joining Heather Sadler Jenkins LLP as an associate lawyer.

As a past president of the Prince George Chamber of Commerce, Gaurav contributed to Chamber activity on the Board of Governors. He served on the Board of Directors for five years and was elected as the President during the Chamber’s centennial year in 2011.

Gaurav was a part time instructor within the School of Business at the University of Northern British Columbia for four years and has taught Business Law at the College of New Caledonia.

Gaurav was selected as one of Prince George’s Top 40 under 40 outstanding entrepreneurs, managers, professionals and students for 2013 and again in 2014 by the Prince George Chamber of Commerce. Winners were chosen based on values such as professional achievements, experience, leadership, and community involvement.

In August of 2020 Gaurav was inducted, to a two year term, as a Director of the Surrey Board of Trade.  SBOT provides businesses and organizations with economic opportunity, workplace development and education, international trade, government advocacy and business connections.

In his spare time Gaurav enjoys spending time with his family and engages in all kinds of sporting activities. As a member of the College of New Caledonia Varsity Basketball Team Gaurav was named as the top student athlete. He has been selected as an elite athlete to the British Columbia Provincial Basketball and Volleyball teams. Gaurav was an active participant in the Prince George Men’s Basketball League and served as the league commissioner for four seasons.  He is an avid fan of the NBA and a movie buff.

Outside of the office, Gaurav will be exploring Langley and the lower mainland with his wife and young son.

No cases found for this lawyer.

No blogs found for this lawyer.
Aあ Choose a language